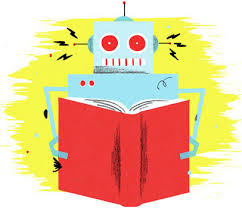 I’ve mentioned Divergent several times on this blog. Thing is, it’s on the top of my mind- next week I begin teaching it. So, I thought, why not review a book I am teaching? Especially since I am rereading it right now, making notes in my kobo and designing/modifying a unit of study for my students to complete on it. My brain is all divergent right now!

Divergent by Veronica Roth is a modern dystopian novel. Set in future Chicago, the world outside of the fence has been destroyed by war. Those who were left set about building a society, each with different ideas about why the last society went wrong. Some felt cowardliness, some felt dishonesty, some thought it was because people did not value knowledge. Others still felt it was because people did not help enough and more felt it was because people were not accepting enough. So they formed five groups – Dauntless (the brave), Candor (the honest), Erudite (the intelligent), Abnegation (the selfless) and Amity (the friendly). Each faction lives apart, but each contributes to the well being of the society. When a child reaches the age of 16, they choose which faction they will belong to for the rest of their lives – do they stay with their parents or seek a different way of life?

They get tested, a test which is supposed to help them understand who they are. Our main character, Beatrice, was born into Abnegation. She is questioning if she belongs there -and then is tested. Her results are inconclusive – a dangerous result in their society. She is deemed divergent by her tester and told to never speak of it. She knows she could choose from any faction – stay with her family, as they are expecting, go to Dauntless or Erudite, the other two factions that came up as results for her. I will give a spoiler – she chooses Dauntless and becomes Tris, the first jumper and the “stiff” who is trying to be brave.

Divergent follows Tris through her training and we see her building relationships with her fellow transfers. She has to try to fit in to a faction that is perhaps the polar opposite from how she was raised and has some struggles. The biggest struggle, however, is suppressing her divergence – hiding that she can be more than one thing. This comes to a head in the end as she is forced to make choices and determine where she fits and what she feels is right and fair.

Divergent is a great book for teens, especially in the grades seven to twelve category. They are figuring themselves out – where do I fit, do I need a faction of support or can I survive without a group of people like myself? When you are forced to decide on one characteristic that defines you, sometimes you are hard pressed to determine what it might be – can I not be brave and honest? Caring and wise? When is it brave to be selfless or selfless to be brave? In teaching this novel, teens find themselves questioning these issues, which is a huge part in their development.

This novel is not perfect. It’s a little simplistic at times and there are characters that could be more developed. There are questions that you might have as a reader that are not addressed in this book – is there more to the world? Where do they get some of the things they can’t make? However, it is the strongest of the three (well, three and a set of novellas) that make up this series. And it does get you thinking, even as an adult – where do I belong and why?

This site uses Akismet to reduce spam. Learn how your comment data is processed.